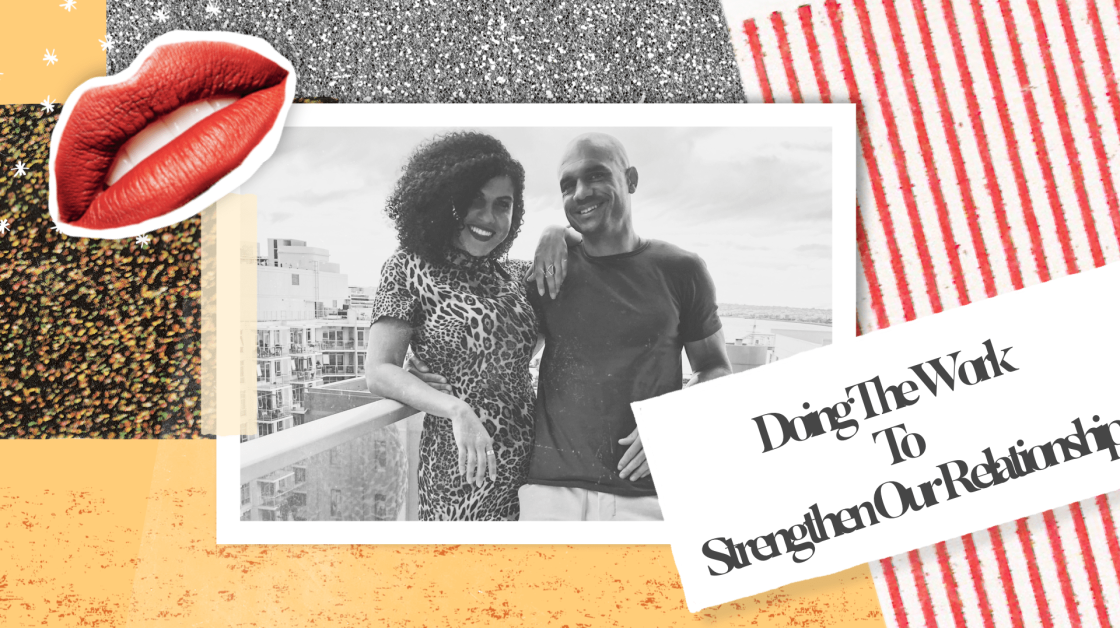 Doing The Work To Strengthen Our Relationship.

Alright, alright…let’s talk about it.

I hinted at this on my Instagram a few weeks ago, and figure it is now time to get real with you guys about the current status of my relationship- especially because I was so forthcoming when things went wrong.

Three months ago, I learned that my boyfriend of almost a year had not been loyal to our relationship. It was shocking, to say the least, because everything seemed to be perfect. There is no way I can accurately describe the pain and betrayal, but I liken it to the feeling of getting your heart ripped out of your chest and then watching it get trampled upon in front of you, or watching a car come barreling towards you in the rear view mirror while you’re stopped in traffic,

Unexpected. Excruciating. I couldn’t breathe. I didn’t want to get out of bed. At any moment, I could burst into tears. However, Instead of completely crumbling, I forced myself to use this heartbreak as my fuel, and took my life into my own hands.

I made a vision board of all that I saw for myself in the future.

I went to Yoga.

I spent time with my family.

I took several teary-eyed bubble baths accompanied by a glass of wine.

I moved into my own studio apartment in gorgeous San Diego.

I booked a trip to Envision Festival in Costa Rica.

I took time to listen to myself and give my mind, heart, and body exactly what She wanted.

And most importantly, I tapped into my community of strong women.

Truthfully, I had a moment of fear when I posted my blog explaining what happened, but what followed was nothing short of amazing. I received so much honest feedback from so many strong women. I had women telling me to run away as fast as I could and never look back. “Once a cheater, always a cheater,” they said. Women told me that when they themselves cheated, they appreciated the second chance that they were given. “But don’t make it easy.” I also had several women I admire who had dealt with a partner being unfaithful come to me and say that while it was a hard process, they chose to forgive. “The incident does not define who he is in the bigger picture.”

I had so many beautiful, strong, courageous women sharing their hearts with me in ways that I never could have expected. And if you were one of them, thank you. You allowed me to view the situation from so many unique perspectives.

Now during this time, Dangermin was also doing his own healing. Reading books, working through childhood stuff, and most importantly, he enrolled himself into therapy. Not for me, but for himself. He also pretty much never went a day without expressing his remorse. And while I can pretend it was unwanted, I needed to hear it.

While we definitely took our time to work through our stuff separately, it came to a point where it only felt right to support each other through our healing. After all, we love each other.

Before I knew it, a month had come and gone, and it was the day before our scheduled trip to San Miguel de Allende. We booked this trip together before everything fell apart, and up until the day before I had intended on going alone. But something switched, and it just felt right for us to still go on this trip together. And so we did. I knew he was also in pain, and would do anything to take back what he had done.

Now, of course I was still hurt and angry, but we had a blast. I realized on that trip that there is nobody else who I would rather spend time with or see the world with. Maybe you would think that after what had happened my trust for him would be completely gone, but it wasn’t. Not because I knew he was sorry, or that it wasn’t “my fault” he cheated on me, but because he was doing the work. And that makes all the difference.

It’s now been three months, and I do believe that D and I’s relationship is stronger than ever. We use what happened as an example of how we never want to feel again. He is still attending therapy and prioritizing personal development. If something is weighing on my mind, I voice it without hesitation. We treat each other with the upmost respect, and of course, we still laugh and dance (maybe even harder than before). Above all, we have made the devotion to continue doing the work for ourselves and for each other. He is my best friend, my partner, my confidant, and our relationship is worth the effort.

Now, don’t take this as me saying if you get cheated on or disrespected to immediately take the person back. That is not what this is about. Do not settle. But if it happens, and the person who screwed up is doing the work for themselves and for the relationship, then I believe it is valid to be open to forgiveness and rebuilding. And if there is no one around that supports you in that, I’ve always got your back.